At the tail end of last year, we settled in to brew one of our favourite Winter seasonals; Nighthawks.

Sometimes you need a ray of sunshine in the darker months and Nighthawks is just that—a juicy and tropical New England Pale Ale, brewed with extra oats and wheat in the grist.

As with much in the beer scene, we found ourselves falling head over heels with the New England IPA craze a few years ago.

Where bright and bitter West Coast IPA’s such as Stone and Ballast Point’s had originally inspired our journey into brewing, the New England offered a wonderful juxtaposition; it’s more laid-back brother, the polar opposite in fact. 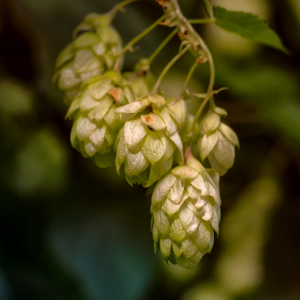 Nighthawks stays true to the New England style, a perfect example of those beers that swept us off our feet a few years ago. Unlike the crystal clear classic American West Coast IPA’s, with New Englands, you want to create a luscious thick haze to the beer.

The addition of both malted and unmalted wheat and oats to the grist does just that; the sugars derived from mashing them ferment out less and help create the haze that NE IPA’s are known for along with a soft and pillowy mouthfeel. 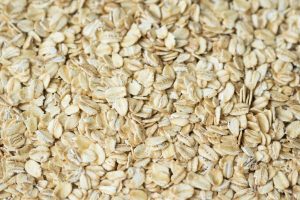 The low bitterness in New England IPA’s comes from the absence of bittering (kettle) hops. For Nighthawks, the only hops other than dry-hopping that we use are in the whirlpool after the short boil. We chose to work with Cashmere, and Azacca hops to add a delicious tropical fruit explosion with juicy notes of mango, pineapple and sweet tangerine. 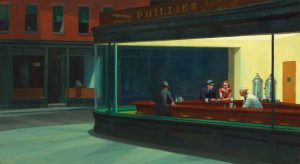 If you know our beers, you’ll know that the names always tie back to our love for the US. If you hadn’t guessed already, Nighthawks is inspired by the famous Edward Hopper painting by the same name. Not only is it one of our favourite images but also ties back to New England, an area that features heavily in Hoppers work.

Nighthawks is available to purchase from our webshop now. Click here to shop!