Beach Bunny Pale Ale takes its inspiration from the shores of Australia. A pale ale in style, it’s superbly crisp, with heaps of bright, tropical fruit flavours from its Galaxy and Centennial hop blend.

Although going by a new name, Beach Bunny’s concept has been around since Belleville’s early days.

Our Founder Adrian explains the process and inspiration behind Beach Bunny below. 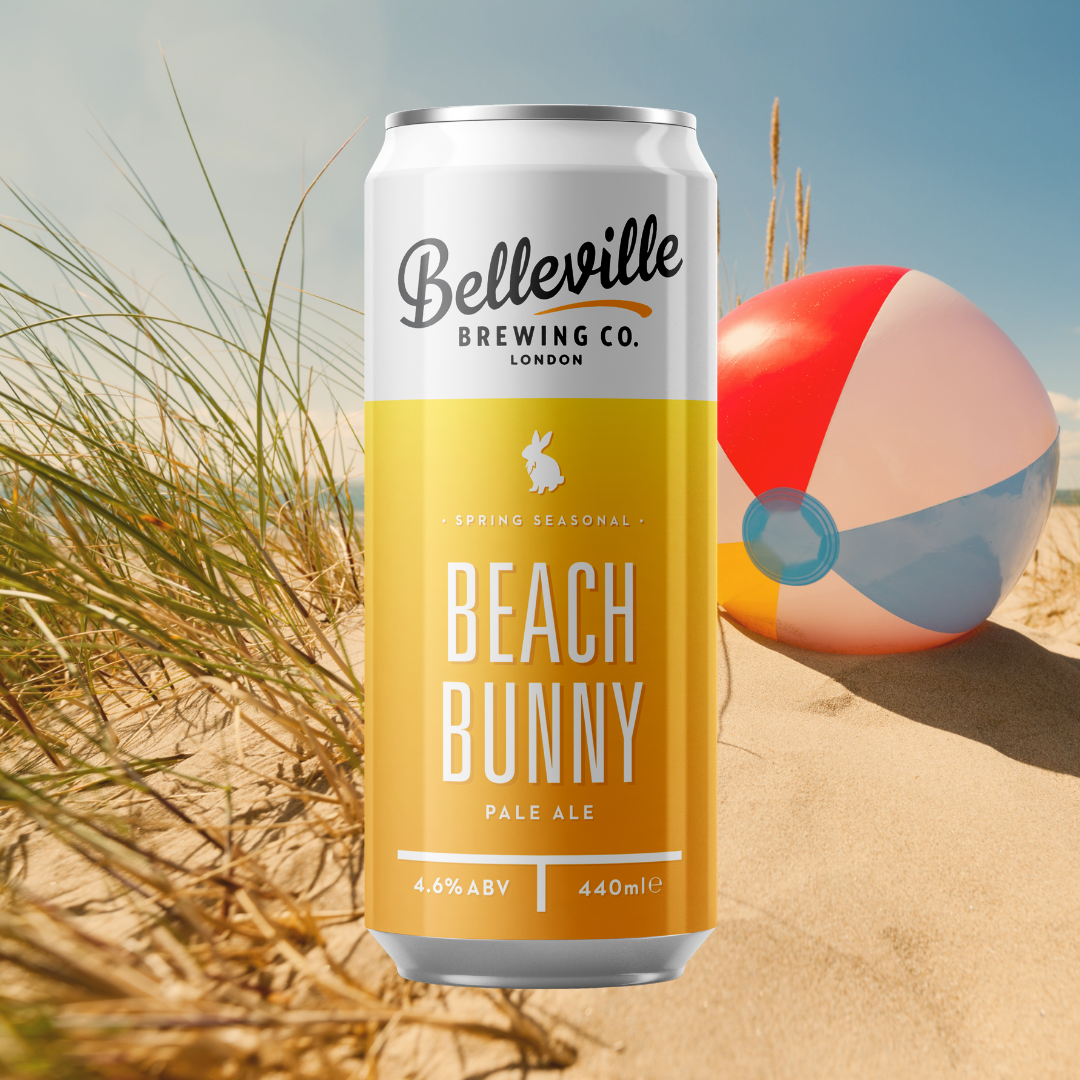 “When we started Belleville Brewing Co. I spent the first 18 months going slowly mad by myself until Dave Southcott showed up fresh from building and sailing boats in Australia.

It was a great relief to me to be able to share brewing and deliveries with him, and he was responsible for introducing me to the beers of Stone & Wood and Little Creatures, craft classics over in Aus. When we were finally able to purchase some fresh Galaxy hops from Tasmania, we set to work brewing this golden Pale Ale.

We were looking to brew a springtime beer that was both light and refreshing but carried enough body to hold the amount of juicy Aussie hops we were preparing to throw at it.

A slightly heftier malt backbone is delivered thanks to the addition of Wheat, Biscuit and Munich malts in the grist. This blend creates a perfect base, ready to support the Galaxy hops that burst with passionfruit and citrus. Centennial ads a bitter West Coast kick on the finish whilst still allowing the Galaxy to take centre stage.

As a result, Beach Bunny is the kind of beer you can drink a lot of and never tire of. If only we could get hold of more Galaxy; we would brew it all year!”

Beach Bunny Pale Ale is available every spring as part of our seasonal collection.

You can purchase Beach Bunny from our Taproom or webshop now.