At the end of October, we got together with our friends at Mondo Brewing Company for a collaboration brew. Together we brewed up Hey Neighbour, a 6.8% Mountain IPA.

You can purchase Hey Neighbour on our webshop now! 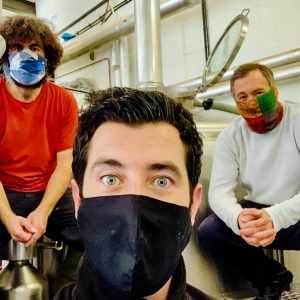 This year has been a tumultuous one, to say the least. With Zoom calls and social distancing becoming the ‘new normal’ it’s easy to forget what life was like before. It’s been a strange old year for everyone, yet throughout it all, the community spirit has shone through.

With locals everywhere stepping up to form an unshakable support network, showing an outpouring of support for local businesses and neighbours alike, we decided to brew a beer that epitomised the spirit of our wonderful South London community.

In the spirit of uniting with our neighbours, we thought it fitting to brew a collab with our friends over at Mondo Brewing Company. Starting back in 2014, just a year after Belleville put down roots, Battersea based Mondo have been our brewing neighbours for the long haul.

Hey Neighbour is a 6.8% Mountain IPA with a big West Coast bitterness and a soft, juicy mouthfeel. 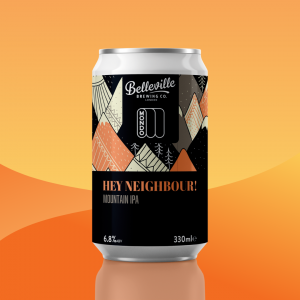 So what is a Mountain IPA you might ask?

With a multitude of options now available in the IPA category, it’s sometimes hard to keep track.

The Mountain IPA brings it back to two American classics. The aggressively hoppy West Coast style of the craft beer revolution and the softer, hazy aromatics that we’ve all come to love within more modern New England styles.

A relatively new style itself, The mountain IPA plants its feet firmly on both sides of the States to bring a fantastic collaboration of juicy, hazy, hoppiness with a refreshing finish and peaks of bright citrus hops.

The perfect combination of the two styles.

After devising the recipe earlier year, we welcomed Todd and Tom from Mondo to kick off the brew (as well as a few socially distant drinks).

We started with a base of extra pale, wheat, Carapils and oats for a rich, bright body and full mouthfeel. With Mondo’s house yeast strain lending itself fabulously to this style, we wanted to boost the profile by bringing in classic piney aromas from Idaho 7. Simcoe and Amarillo additions cranked up the citrus with Huell Melon adding big, juicy honeydew and apricot notes to the hop profile. 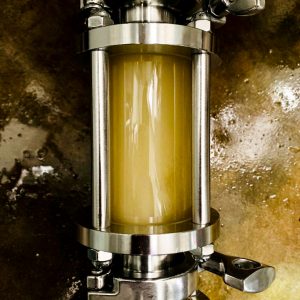 Hey Neighbour is the fruit of our labours, a collaboration in every sense of the word. It’s soft, hazy and juicy like a New England, with a 6.8% ABV and big West Coast bitterness to boot, a real testament to everything we’ve overcome this year and truly a beer to unite behind. 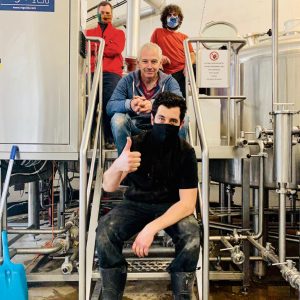 Hey Neighbour is available in can and keg.

You can purchase Hey Neighbour along with the rest of our range from our brand new webshop!

Tap the link to shop.