A Brief History of Women in Beer

What do witches have to do with your favourite IPA?

Whilst beer as we now know it still struggles to shake it’s dated stereotype of being a ‘manly’ drink, it’s actually a beverage developed, perfected and cultured by women throughout the ages. With an oftentimes grim legacy rooted in religion, medicine and politics. Buckle up and let us take you through a brief history of women in beer.

Where it all began

Beer has played a vital role throughout the history of civilisation, contributing to diet, religion, medicine and being used as an important bargaining tool between civilisations, but as few people know, women were primarily responsible for it.
In fact, the first known written record of beer dates back to ancient Mesopotamia to 1800 B.C, where engraved tablets were found featuring a hymn dedicated to Ninkasi, the Sumerian goddess of brewing. Not only is the hymn dedicated to the goddess, it also includes the first known recipe to make beer from barley bread and discusses early brewing techniques in the form of a poem.

Although ancient Mesopotamia remained a heavily patriarchal society, brewing was one of the only professions that was open to women, allowing Sumerian women to earn a living and open their own taverns. 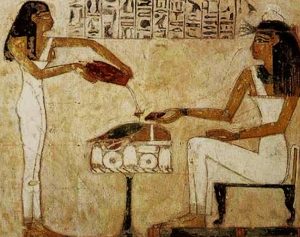 Similarly to ancient Mesopotamia, goddesses of brewing played an important part in Ancient Egyptian society. Although seen as a more domestic chore, women were primarily responsible for brewing with multiple sculptures and carvings depicting this and even a festival dedicated to Hathor, ‘the inventress of brewing’.
As the story goes, the goddess Hathor was instructed by the Sun God, Ra, to come to earth and destroy all humanity. After changing his mind, Ra turns the river Nile into red beer (actually a natural phenomenon where the surrounding iron-rich soils turn the river red). Hathor drinks from the Nile and, on becoming drunk, believes the Nile to be running red with blood and assumed she had completed her task- thus sparing humanity, albeit in a roundabout way. 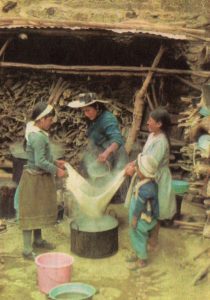 Moving over to parts of South America, corn beer, otherwise known as ‘Chicha’, was critical to the Incan Empire, being used as a payment method and playing an important role in religious ceremonies. To brew in Incan society was one of the most elite roles given and was entrusted only to women.

Although we may like to use it as an excuse to drink a few too many nowadays, in 14th-century England, beer contributed a vital part of peoples diets providing a range of nutrients and some well-needed calory content. Women brewed and sold the majority of ale in England and were referred to as ‘Brewsters’, a rarely used term today.

Not only did brewing provide many women with a job and source of income, but they were also relied upon to taste and sign off on ales, defining which could be drunk and which didn’t make the cut. This culture wasn’t limited to England, with records showing this was the case for many women in Germany, Holland and Denmark.

So, where did it all change? 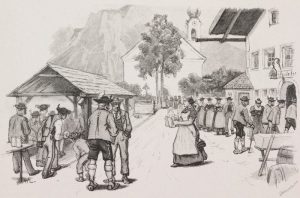 Over the 16th and 17th centuries, brewing in Europe slowly pivoted to become a male-dominated field. Where women had once been lauded as leaders in taste and ability, they were now the focus of a new ideology and links to witchcraft.

It was common for women in the middle ages, especially widows, to continue working as brewers and ale sellers, known as ‘alewives’.
The alewives would run taverns or sell their product in the streets wearing tall, pointed hats so that their customers could locate them in a crowd. As alewives stored large amounts of grain to brew, they would house cats to keep mice away from the stores. 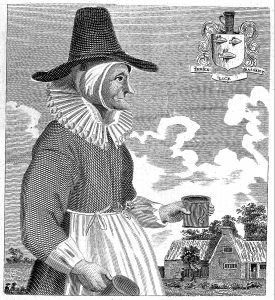 As women were establishing a stronghold in the beer markets of Europe, the Reformation movement was also taking root around the world. Stricter gender roles were coming into play, and alewives became the focus of rumours and accusations.

As perceptions of women changed, alewives went from being a welcome source of hospitality to being depicted as manipulative, untrustworthy and corrupt, enticing and charming men into drinking too much and making questionable decisions.

At the time, an accusation of witchcraft would not only ostracise a woman from her community but also result in imprisonment and likely execution. Whilst not everybody believed in witches, the tightening and defining of gender roles did mean that many men no longer agreed with women taking on the time consuming and labour-intensive role of brewing and instead pushed for women to stay home and raise families. Some towns even outlawed women from selling or making beer completely.

Where we’re at now:

Fast forward to the industrial revolution, and women came to be cut out of the picture completely. The takeover of modern science, politics, religions and economics meant that where brewing had previously been almost entirely left to the historical know-how, tradition was now being pushed out in place of modern technology.

Centuries-old recipes were lost due to their history of being passed down and regaled orally, and cookbooks were shunned, with 19th-century ideals leaning towards science over tradition.

Although the brewing industry still has a long way to go, there is an increasing number of female brewers, brewery owners, writers and critics working hard to chip away at dated perceptions.
Next time you crack open a beer, be sure to raise a glass and remember it was all made possible by the work of centuries of female brewers!